While the show is getting comfy in its 4th fruitful season, cast member Dorien Wilson and series creator, Kyle Bentley Evans, dropped in to gab about the direction of the series.

Evans said that there are many reasons that viewers are drawn to the show.

“Stunt casting is number one [reasoning], and by bringing in a lot of recognizable faces, for people to have really strong Q-ratings. I think that’s a lot of it, but more than that, we’ve been successful at telling stories as well. The whole concept of the show, being that it’s somewhat of an odd couple, and that it’s a father and son, that just met after the son is 30-years-old. I think it’s such a unique idea, that it's based on reality. It’s based on a family member of mine," stated Evans. “I think that just draws people in. As for the storytelling, [there] is a lot of funny stuff going on. We have a lot of funny people on the show. The series regulars are funny. I think that’s the reason that people keep coming back, and why we’re able to get to 45 episodes so far."

In the Cut premiered August 25, 2015, with original cast members Dorien Wilson, Kellita Smith, John Marshall Jones, and Ken Lawson. Since the shows initial boon, viewership grew to one million in season 3, with season 4 tipping off with a larger probability.

Season 4 debuts tonight, July 2, 2018, with familiar cast Dorien Wilson (The Parkers, Dream On) as Jay Weaver, an achieved impresario and barbershop owner who is constantly challenged by Cheryl, played by Kellita Smith (The Bernie Mac Show, The First Family), the co-owner of the beauty salon next door and his love interest-turned-fiancee. Ken Lawson (The Parkers) returns as Jay’s thirty-something illegitimate son, Kenny Clark, who is now deep in the family business. John Marshall Jones (The Smart Guy), is still at it as fellow barber and pal Smitty. 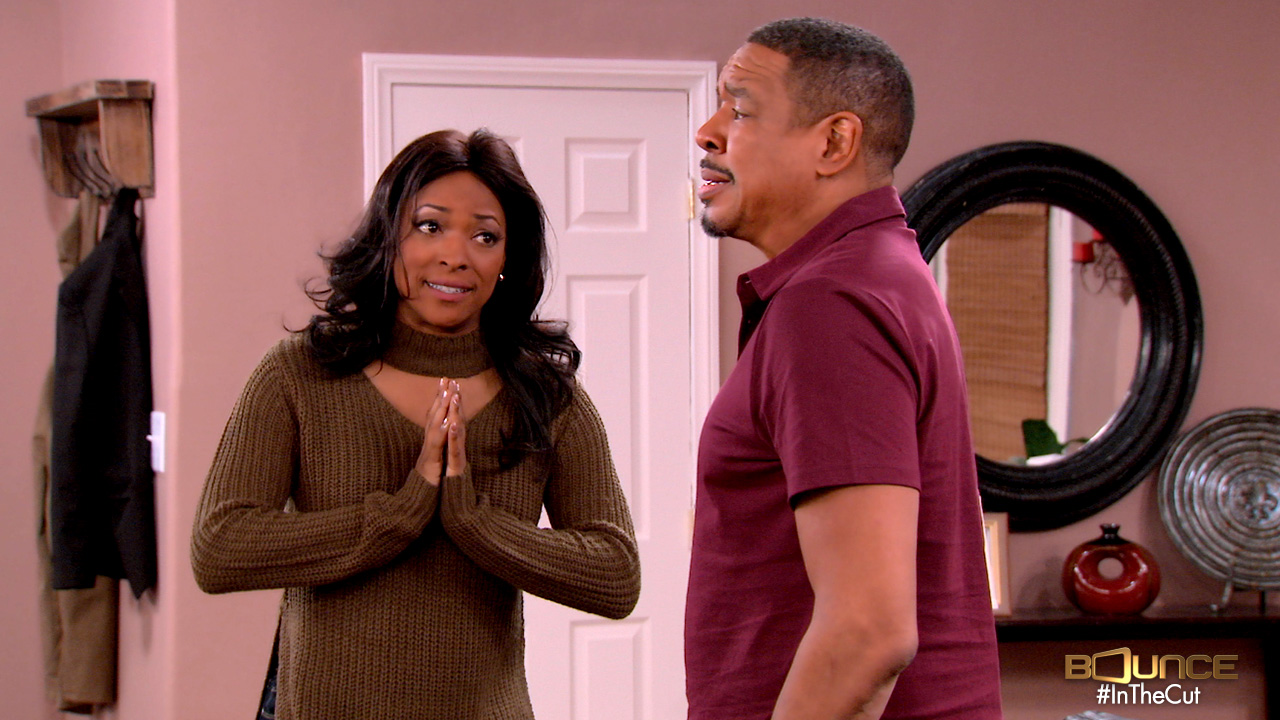 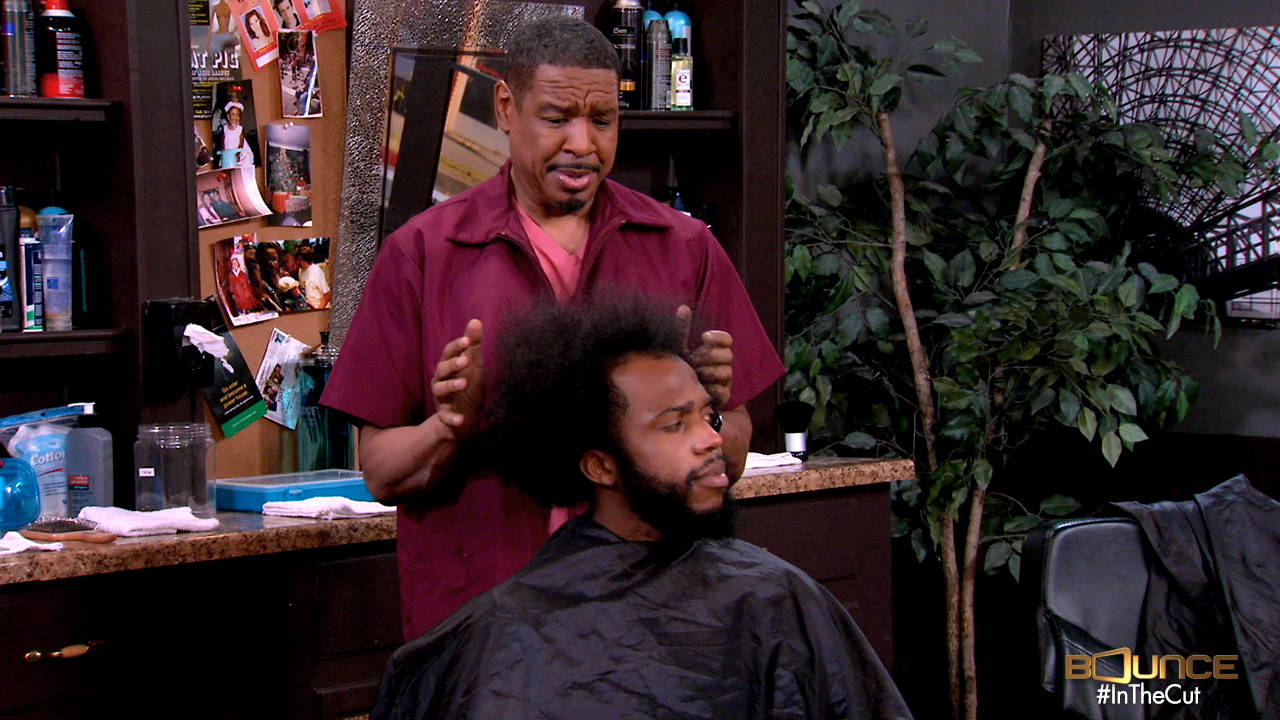 In the regards of seeing more actors in Hollywood, and especially an all-black cast, Evans said that it’s an awesome response.

“I feel like it’s part of my responsibility. It is a very rare scenario that we have going on here. We are making content, and content that is primarily for an African American audience. That’s just what I choose to do. It feels good to see all these wonderful faces of people I’ve worked with in the past, or I’ve gotten to know them by them coming through and guest starring on the show.

It’s a wonderful feeling, and a feeling of pride. I just feel like we must keep the initiative going. Again, it’s my responsibility to help in that process. I love it. I live and breathe for this business. I’ve been doing it for 30-years now. It’s just an honor to work with such a great group of people, whether I’ve worked with them in the past, or I’m just beginning to meet them. Dorien and I go way back. He’s worked on just about every project that I’ve ever done.”

Wilson confirmed that Bently Kyle Evans is one of the most loyal people that you can ever meet in Hollywood. He also shared that there are other actors reaching out, who want to take part in the show’s success, since it fired up for its 4th season.

Furthermore, he’s even more enthused about the production considering he’s leading man on a sitcom created specifically for an all-black cast. You must give credit where credit is due. In The Cut continued to boom in an era where Black-Hollywood is winning.  Wilson acknowledges that the shows efforts and triumphs fall gleefuly on the shoulders of other actors as well.

“I’ve said it before and I will say it again, I don’t feel like I’m the lead or the star of the show. It is definitely an ensemble piece. Everybody contributes. Everybody adds to the making of this very funny show. We look at it across the board as we’re all filming together. John Marshall Jones, just happens to be that outrageous and funny character that he makes it bigger than life. I gladly take the straight man [stick in the mud] role any day. If the show is successful and we’re doing our thing, I’m happy.”

As Wilson expressed, he couldn’t be more enthused about it.

From the Parkers, to In The Cut, Wilson is still the beloved character that audiences absolutely adore. He said that it’s a beautiful thing to not only be held in such a regard, but he also enjoys working with veteran co-host, Ken Lawson, who played on the Parkers.

“I was so pleasantly surprised to work with this brother again. I will say it again, as I said many times. I’ve worked with Ken Lawson for almost 20-years. I have never seen this brother in a bad mood or a bad attitude, or have a bad problem. If he does, he keeps it to himself, which is way more than I can say for myself,” laughed Wilson. He’s just a joy to work with. Following what Bentley said, one of the reasons the show is so successful is because I think it’s identifiable and people can relate to a certain situation; certainly, a father and son getting reunited after many years apart. That transcends across the board as not only fathers and sons, but there are fathers and daughters, and mothers who pop into each other’s lives after many years. How does that work? How do you raise a grown a** man? What does the relationship look like? It’s all these things that we’re exploring, and we’re doing it in a comical way. There’s some serious moments as well; but it makes people think and walk away feeling responsive.”

In anticipation of season four of In The Cut, viewers can binge-watch seasons one through three on Brown Sugar. Brown Sugar, is the popular subscription video-on-demand service from Bounce featuring the biggest collection of the baddest African-American movies of all-time and all of Bounce’s original programming.Brown Sugar is available on Apple TV, Roku, Amazon Channels, Amazon Fire TV, Amazon Kindle, Android and Apple smartphones and tablets and web browsers via BrownSugar.com.

Bounce (@BounceTV) airs on the broadcast signals of local television stations and corresponding cable carriage and features a programming mix of original and off-network series, theatrical motion pictures, specials, live sports, and more. Bounce has grown to be available in more than 109 million homes across the United States and 97% of all African-American (AA) television homes, including all the top AA television markets. Visit BounceTV.com for more information. Bounce is part of The E.W. Scripps Company (NASDAQ: SSP).