Nigerian- American Actor Makes Second Appearance On One Of The Hottest TV Shows Of All Time.

While many viewers are anticipating the return of Starz hit TV drama, Power, Nigerian-American Actor, Tomike Ogugua is celebrating by gracing the big screen in his recurring role as U.S. Marshall Macedon on June 25, 2017.

Of course, we got the skinny on that upcoming appearance!

Although Ogugua is all sorts of excited about making a return on the series, this wouldn’t be his first time winning on television

With about fourteenth years under his belt, the veteran actor hit Off-Broadway, in addition to playing characters in chief productions such as Scorned: Love Kills, Frenemies, Over My Dead Body and Redrum which aired on the Investigation Discovery channel; moreover, CNN and Lifetime Movie Network. He presented visuals for CBS: Blue Bloods.

The enterprising thespian attended school of theater at A&T University and soon picked up the pace by transferring to Chicago.

Hungry for the skillset of acting, Ogugua moved to New York City, appeared with the National Black Theatre, The Negro Ensemble Company, as well as The Royal Shakespeare Company.

The blended actor is plunging into other projects. For instance, he’ll make appearances at the Cannes Film Festival in features like "Driving Force,’ directed by Antione Allen.

According to sources, Ogugua, recently screened in Cannes, France, at the Pan African Film Festival. It’s confirmed that he is a 2017 Roxbury International Film Festival selection.

Not to mention his other endeavors off-screen.

“Yeah, I’ve partnered with a brother from Liberia. He has a clothing company called “So African Clothing. So, I just partnered with him like a brand ambassador. He’s from New York as well so thought it would make sense for me to wear the product, promote him a little bit and work together that way.

As a Nigerian and American actor, Ogugua has a taste for the arts from both sides of the world. He says that he identifies with both cultures.

"Like I say, America is a country full of immigrants, so I can’t have one without the other. They both come hand-in-hand.

I was born and raised here, in America, but my parents are from another place. I have family all over the world from Nigeria to the UK, California, Atlanta, Missouri, to Houston—so, we’re all over the place, you know what I mean? I definitely recognize my heritage and I’m very proud of it."

Acting is a undeniable passion for Ogugua.

"It's what I wake everyday, looking forward to doing, or getting the opportunity to do. Yeah, cause I've always been a artist. That's what started with me when I was a child. I used to draw a lot."

Believe or not, Ogugua found a certain gratification in t-shirt designs, and won a contest while in high school called Project Graduation because of his dope concept.

"I used to dance. I started writing poetry, and I started writing rhymes. All of that just matriculated into me acting; so that's pretty much the evolution of my artist journey. I absolutely love acting. I love the challenge of it and taking on roles. And having the experiences that I wouldn't normally have by living through a character, being myself, and being a character that people can try and relate to."

Ogugua caught his big acting break while in Chicago-- he was cast to do the reinactment of the Sean Bell story.

"As the story was told, it was my character who the police pursued in the Gentelmen's Club, and they lost his trail-- they lost my trail and that's when they set their sights

Arguably, the riveting film about the untimely death of Sean Bell had to be an emotional excursion for Ogugua--to become part of history when people and the communities held police accountable for murder on a national scale. It was the evolution of neighborhood policing.

Ogugua said that if he had to choose between theater and film he'd have to choose theater because it's his first love. However, if he couldn't do theater, he'd definitively be in radio.

"I actually did a reading yesterday morning for a workshop, for a new playwright. Last week, I had another reading for a screenplay, so I'm always involved in the theater because I love it. Um, I Iove television and theater as well. Even before I did the Sean Bell thing, I had a big featured role in the Tested. It was Indie and it was my first time onset doing film.

The self-effacing actor agreed that he felt with a lot of rejection, but that still didn't stop him. He acquired a team of representatives and kept plugging away at his craft of being a saught after theatrical performer.

"One thing I learned early on as an actor-- you are your own business. Agents only get ten percent of your fees for a reason. Like, you do ninety percent of the work. The keys to my success has really been: I pretend I'm my personal manager, I pretend... Until this day, I'm still getting myself roles. I still get my self out there to networking events. I still take classes every now and then because at the end of the day it's  your career, it's not theirs. Representation is definitely important and it's gotten me into some doors. Without representation, I wouldn't be on Power right now or Blue Bloods, so there you have it."

Speaking of Power... Ogugua auditioned for season 1 and didn't get the part. While they were casting for season 2, he gave it another go, and his manager called back with the good news.

"I got a the call from my agent that I was booked on Power and I literally collapsed. I was in the Bronx at my after school, drama, teaching gig, because when your're in the city you have to have a hustle unless you're that blessed and you don't need a day job.

So, I was teaching at the time and I was on the train at the time. My agent called and said, 'Yo, You got Power.' I couldn't believe it. I almost collapsed while stepping off the train. It felt really good. I was surprised when I got the call back for season 4. I just want to thank Courtney Kemp Agboh for putting me in the position because I got to work with Omari Hardwick. I spent the entire day shooting with him-- the entire day.

I don't want to give everything away, but he [Omari Hardwick] was wonderful. He did as much as possible to help me out and treated me like a guest.

When You are a co-star or a guest star on one of these shows-- I guess I'm technically a recurring role since I've been on the show more than once. It's almost like you're a guest in someone else's house, so you don't want to leave a bad impression or anything of that nature; but, um... he was more than wonderful, and funny enough. I just ran into him. We caught up a little bit and took a picture together."

Ogugua insists that although actors might be naturally talented, they still need instruction and training.

"Training is very important. Granted, there are naturals out there, but without training, you aren't going too far. You gotta have that training because there's an old saying, 'Hard work beats talent because talent don't work hard.' It's not all about the talent at the end of the day, it is a business and you have to compete in some sense. In order to compete, you need training. You have to take classes. You have to take training. You need to know what's going on with the business. You can't just show up onset and just do it. You have to get into the technique of how to learn your lines. Everybody learns their lines differently. You have to behave onset, and learn the onset lingo. You have to learn how the set operates whether its an Independent budget, or a big-budget television show such as Blue Bloods, or Power, The Walking Dead, and any of the shows that's out there. You have to be willing to learn and be coachable, and not think that you know it all. 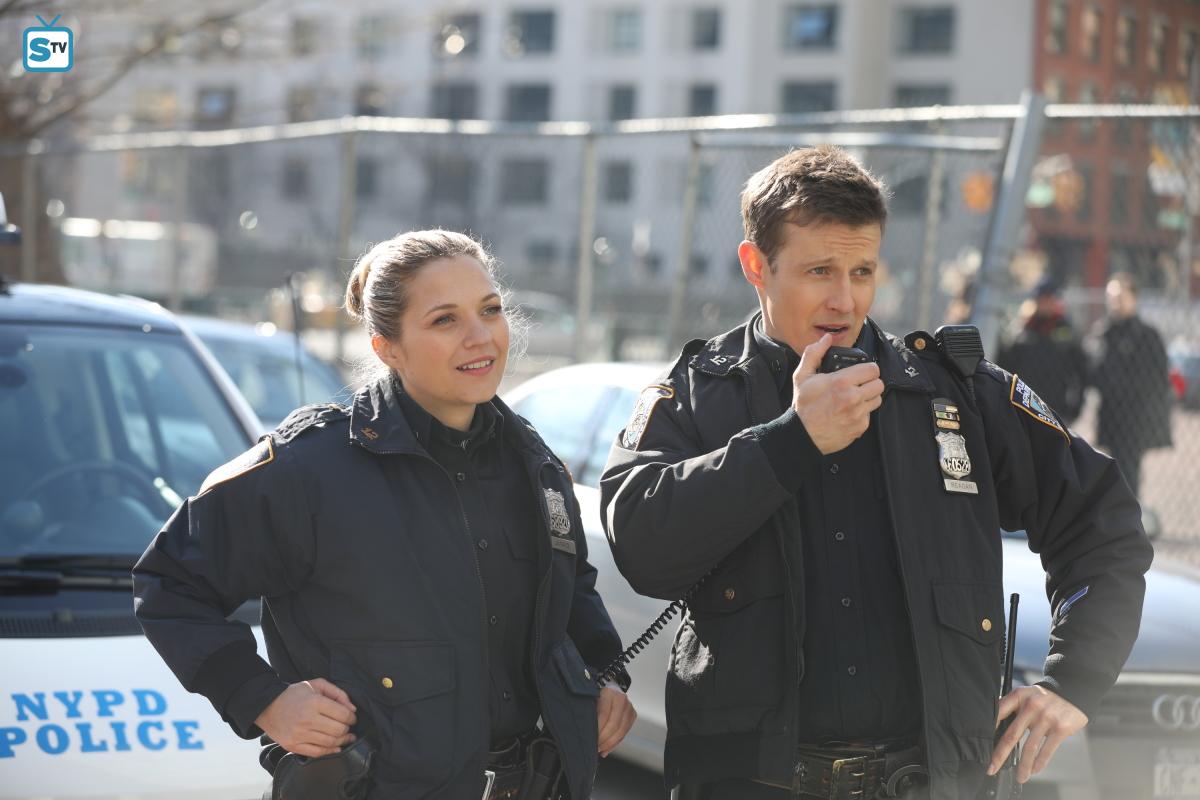 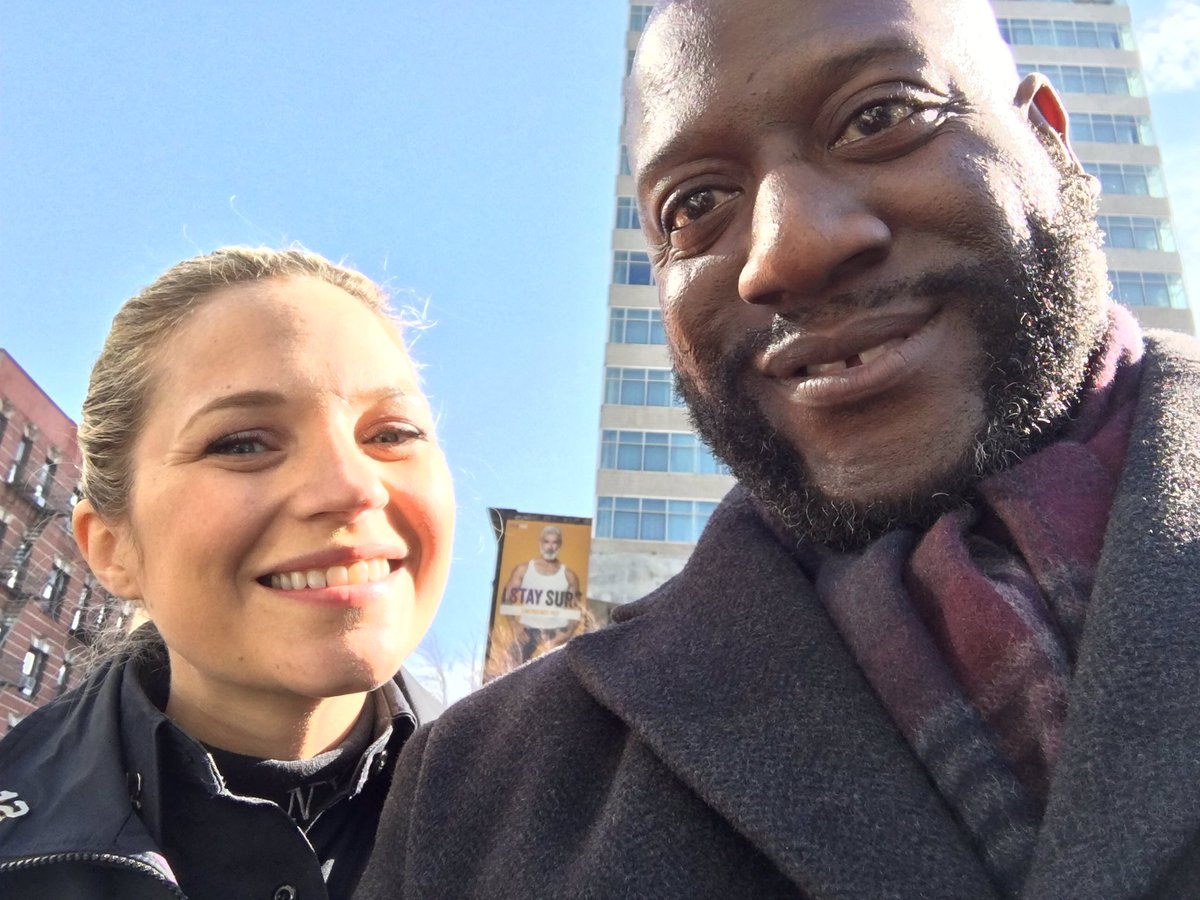 Ogugua on set of Blue Bloods

"Ironically enough, I have a short film coming up called Driving Force, it's premiering at the Roxbury Film Festival in Boston the same day that the season premier of Power comes on, so obviously, I'll be in Boston at the film festival. Then, I'll come back to New York that night and do a little celebrating for the season premier of Power cause I am in that Episode. So, just buckle your seat-belts cause it's going to be a wild and bumpy ride.

Again, I'd like to thank the producers for Power, and the casting Director for calling me in, and giving me the opportunity. I feel very, very, blessed.

I have another short called Ibrahim, and that'll be coming. I'm slated to shoot a documentary in Atlanta. the documentary talks about how fraternity's and black people impacted the Civil Rights movement. Those are things that are coming up right now that I am glad to see progress.

Currently, I have a smart car commercial that's running worldwide. I flew to Europe last year to shoot it, and that's currently running. You know, I'm just trying to keep this thing going."

Ogugua recognizes the different stereotypes and bias opinions depicted about European, Nigerian Actors, and American Actors... For instance, Samuel L Jackson mentioned in an interview that Americans don't get the roles that British actors receive.

Ogugua works his ass off (those are his words). Of course with so many appearances and different features, he should get stretched by one or those cameos.

Samaria is the actors most challenging film that he had to work on.

"It was the most challenging because there was a very heavy scene. First of all, I played a security guard at a women's homeless shelter. There's a fight that breaks out between some of the women-- this woman gets beat up very badly. The director had us do a bunch of takes, so I had to stay in this real serious dark place, to keep running and breaking up the fight. It could be hard, physically and mentally. During those situations, you have to remember what your characters goal is at the time, and just try to stay as professional as possible. That would probably be my toughest film role because of the physicality. As for television, my toughest role is Redrum.

Ironically it was staged in North Carolina, Salisbury, as a matter of fact. I played a despicable man named Reggie Weeks, who molested his step daughter for years. Keep in mind that this is a true story.

When she graduated from high school, he murdered her because she wanted to move. He was on some, 'If I can't have you, no one else will.' The girl was 17 years old... That was tough mentally."

Though highly capable of transforming, the trouper featured in other challenging roles, jumping into each character regardless of how unsettling each part might be, which separates him from the newbies, and places him right on the platform with the professionals.

I just want to say to anyone out there that might be thinking about a career, you gotta develop thick skin cause success will come. Not everyone will believe in you.