The newest buzz single, “One Night” cradles chivalry as a romantic synergy instead of an immodest nonce.

While in conversation about his latest track, the Harlem native said, “This is my testimony... After 30 years [of experience] and 10 years off, this is my testimony as to where I’ve been, what I’ve been doing and what’s been on my mind, as well as what’s on the way.

Love Signals is not a record. It’s a reason, and the reason is to continue enjoying my music, the way people know it to be. So, that’s my reason for wanting to do this big album.

I am so happy... I have ten incredible songs. My producer, Mr. Barry Eastmond; of course, he wrote and produced, “You Are My Lady,” the entire album. I’m getting help from my friend, Richard Hines, and you know, just a whole bunch of positive things is going on.”

Along with the ensemble of hit-making producers, Jackson collaborated with Gerald Albright.

Albright supplied the amorous old-school substance to one of the singles on the LP, which Jackson admires; however, “Let Me Find My Way,” seems to be a favorite.

“The lyrics to that song is what I was going through in life, losing my mother and losing my sister, trying to find a reckoning so I can get back into the scene of what I love. Recording [the song] hit my nerves, to my spirit,” he spoke passionately.

Freddie Jackson elaborated further that the downtrodden moments is what helped to build his newest album.

Although his genre placement is Urban Contemporary, it’d be wise to say that Mr. Jackson gave us life with his rebelling style of melodies. Not shying away from old school values as a vocalist and entertainer, Mr. Jackson’s songs are reminiscent to the 80’s rhythm and blues with a slight modernized anecdote.

“I’ve always kept my R and my B in music,” he laughed. “ It wasn’t that hard for me to just gravitate to it. I had reached back to music producers, incoming singers and musicians… I had to think, ‘what made it work for the “Rock With Me Tonight” album?”

Freddie Jackson said that he had to revisit the flow from when it started out so that he could bring a natural and soulful mix to the industry without compromising his work—he dug from his past to grasp the zeal and energy, to make this album and buzz single, a success.

“I’m so proud that spirit was waiting on me cause it’s all up in here, up in here—all up in this CD,” he crooned.

Jackson's background is like many others working the local chitterling circuit as an artist and maintaining a full-time gig all the same.

He grew up singing in the White Rock Baptist Church, where he met Paul Laurence.

Of course, he left the group and ventured to the West Coast, singing as lead vocalist for, Mystic Merlin.

Jackson found his way back to New York, and at some point of his career, he was part of the geek squad; laboring as a word processor full-time, while singing backup at the nightclubs.

Even though Moore was highly influential in the biz, Jackson didn't catch his big break until longtime pal, songwriter and mega-producer, Paul Laurence began working with him—at that point, he displayed a level of ingenuity that still can’t be duplicated.

Serving the billboard with talent from 1985 with many #1 hits, Jackson became a 3X Grammy Nominee and winner of the American Music Awards, with Rock With Me and You Are My Lady, as the preeminent songs in his armory. 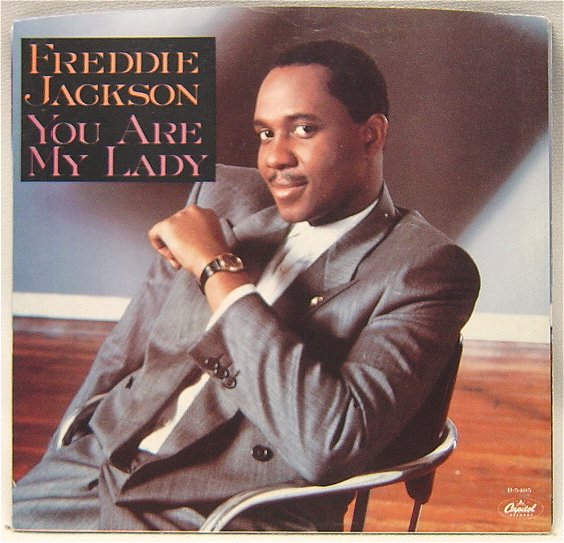 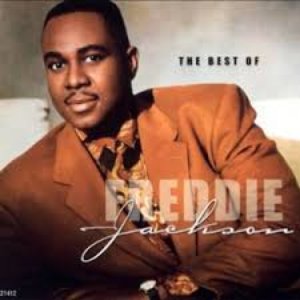 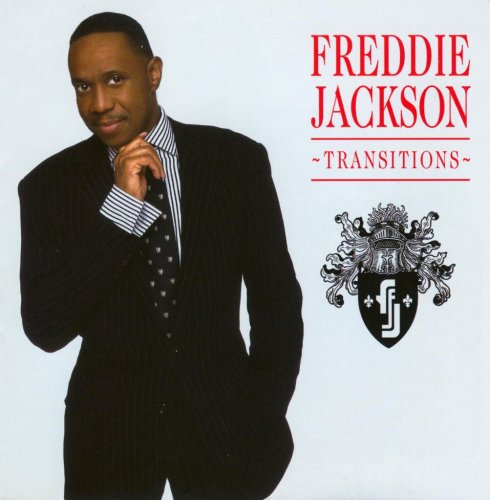 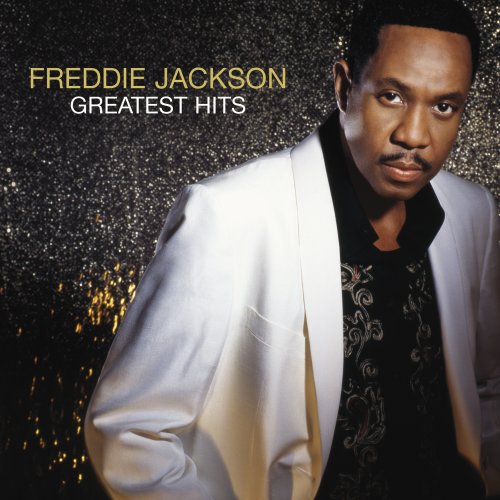 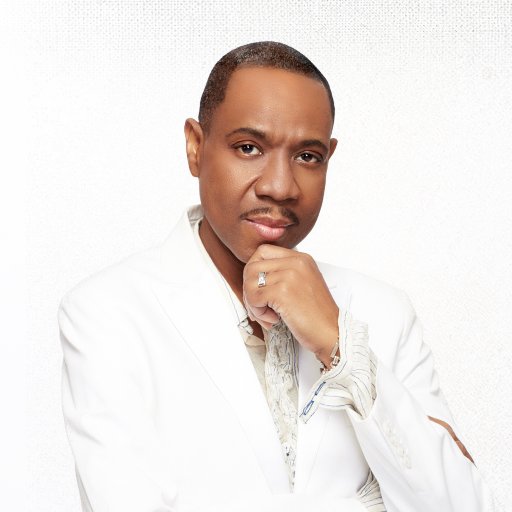 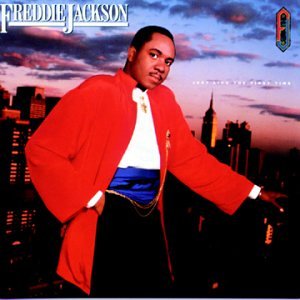 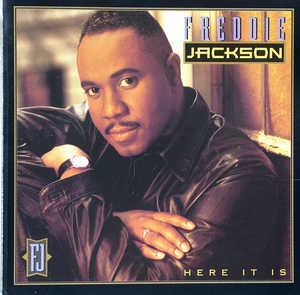 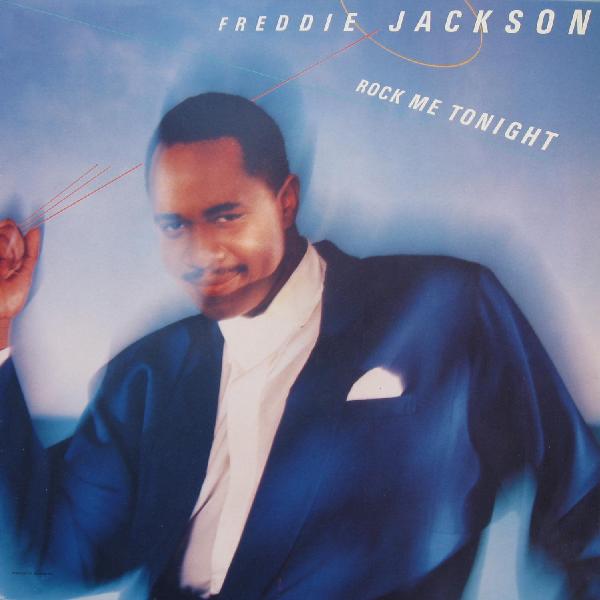 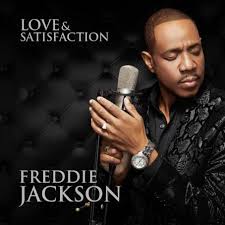 From television shows, to movie scores, Mr. Jackson did everything that he could do to tread in his purpose.

Although Freddie Jackson impacted the industry significantly during his 30+ years as a performer and vocalist, his enthusiasm for the business still shines bright.

In fact, while we were interviewing he spoke elatedly, “Thank you so much for your time! I’ve been talking since seven o’clock this morning, and I need a cup of tea. I’d rather sing it than say it,” he laughed.

Mr. Jackson mentioned that he is inspired by his fans because they hold him accountable, which is why he is able to put out more soulful songs.

As you can imagine, Jackson deserves his shelf-life as an artist. He influences generations to fall in love with his songs just by chanting.

According to Mr. Jackson, those are the people who inspire him the most.

“Music is my world. It’s like blood running in my veins. When I’m not doing it, I’m kinda, like, crazy. I gotta write. I gotta sing. I’ve got to look at an audience. It’s an adrenaline rush for me. I have a lot of wonderful things going on. I’m going to Johannesburg, Cape Town, and various cities like Detroit and Sacramento," he finished.

Gearing up for a long list of tours, Jackson is back in the game, and he isn’t stopping anytime soon.

In conclusion, Jackson had something to share with the unconventional dreamer.

“Be encouraged-- Be encouraged with whatever it is that you want, believe and dream. Be encouraged by it because without encouragement, you will fail. Never let anybody take that from you.

Don’t ever let anyone take away the love you have for your passion. Come in and learn from your business, learn to do a show, and on that, you will have longevity."