Recognized for her earthy roles such as House Party [Sharane], Baby Boy [Juanita], and Ink Well [Heather Lee], AJ typically portrays the outright chick, who’s chock-full of sass and urban blackness. In her new role as Detective Phylicia Richardson, AJ is eccentric and persuasive. She establishes a connection with her suspects during interrogations, so they feel comfortable and at ease with her presence and methods. AJ becomes knee deep in an investigation that will cause her to question the very sanctions of Christianity within a black church, where everything isn’t as perfect and pure as church goers would allow you to believe.

“Viewers can expect a surprising but yet truthful look into what we typically suspect could be part of a church community,” says AJ, “corruption, lying, adultery, [and] homosexuality.

‘There are corrupt people so therefore the church will create a corrupt environment. Nothing good comes from that. As for my character, I pray that everyone is presently shocked that the scene took a different turn for me as an actress. I’m so grateful that TV One allowed the creative space so that Jamal Fletcher and I could really dig deep and create something new and refreshing in the space of a detective cracking a crime. I hope they enjoy her as well as the story."

In addition to being an eminent actor, AJ is Delta Sigma Theta. She’s also a dual major in Psychology and Chemistry. AJ graduated with honors from Spelman University in 1985. Interestingly, her character has similar background in psychology. This innate gift allowed her to connect with Phylicia personally. According to AJ, Phylicia is somewhat brilliant, so she chooses unique cases that absorb thought, more legwork, and the difficult muster that no other detective wants. “I love it. I love everything about it. I hope people are receptive to the level of a black woman who is not typical in any way,” she added when talking about the script.

AJ is totally empowered by the role of Detective Richardson, that she’s not another character in a love story or Urban flick that we’ve seen a million times before. This is no disrespect to filmmakers or writers that dedicate themselves to that kind of work—But, AJ felt moved because she’s something more than just another average woman in film. She’s a professional that’s held to high admiration. This is something spectacular that little black girls and budding actresses look can forward to when watching AJ in this role… In her words, “It’s got me sleepless with empowerment. It’s got me sleepless to know that I am an example of that. I am an example of a lot right now in this project, and I hold all of it very dear, near and serious. One of the biggest thing that I am an example of is, ‘You can do it your way. Once I got out of the way of how long it would take to find a script and character that I really wanted to do, and [trust] I was okay if it never came. I found another purpose and passion professionally, living my life like it is golden and platinum. I didn’t have to act again. I was living an amazing life, but I knew if I did act again, it would be my way, which was a character I love, a director I love, a cast I love, a distribution studio that supported me and what I wanted to do. I never had all that before. My introduction to that was John Singleton in Baby Boy, but it spoiled me. I knew that in order for me to act, I had to recreate that environment. I was okay with [the notion of] if it happened, it happened, and if it didn’t, I was okay. So, the fact that it happened, I now get to live the testimony to tell other people, you can do it your way, just don’t give up. Don’t give in. Don’t compromise who you are.”

Although AJ is no stranger to film, and she is definitely erudite beyond measure, she stated that the role of Detective Richardson stretched her.

“There is too much work, time, and attention that goes into acting. For me, personally, I don’t get a reward from it if it doesn’t stretch me in some kind of way. In my career, I’ve tapped through characters. Sharane, in House Party, stretched me because I had no idea what the projects were at all. I’m from rural New Jersey, and playing this around the way chick from House Party, was a stretch [decoded: not from the ghetto]. Juanita, from Baby Boy, [I] didn’t know anything about South Central. I didn’t know anything about being a teenage mom. Again, I’m a psyche graduate from Spelman college as a scholar and here you have Phylicia, who as much as my foundation is in psychology, just being in an arena [like her] where she had to figure things out her way—She knows that she is a very different thinker. She’s a very different personality, and [learning] how to be that and not fit in [with the others on her team], that’s always been tough for me. I’ve always been different. I’ve always been a personality that didn’t necessarily fit in. It’s not an necessarily uncomfortable existence, but just as AJ has found a way to bring some comfort in her differences, Phylicia has too, and I tried to put that aspect into Phylicia’s personality."

AJ confirms that this is a spiritual journey. She prayed for a role like this. 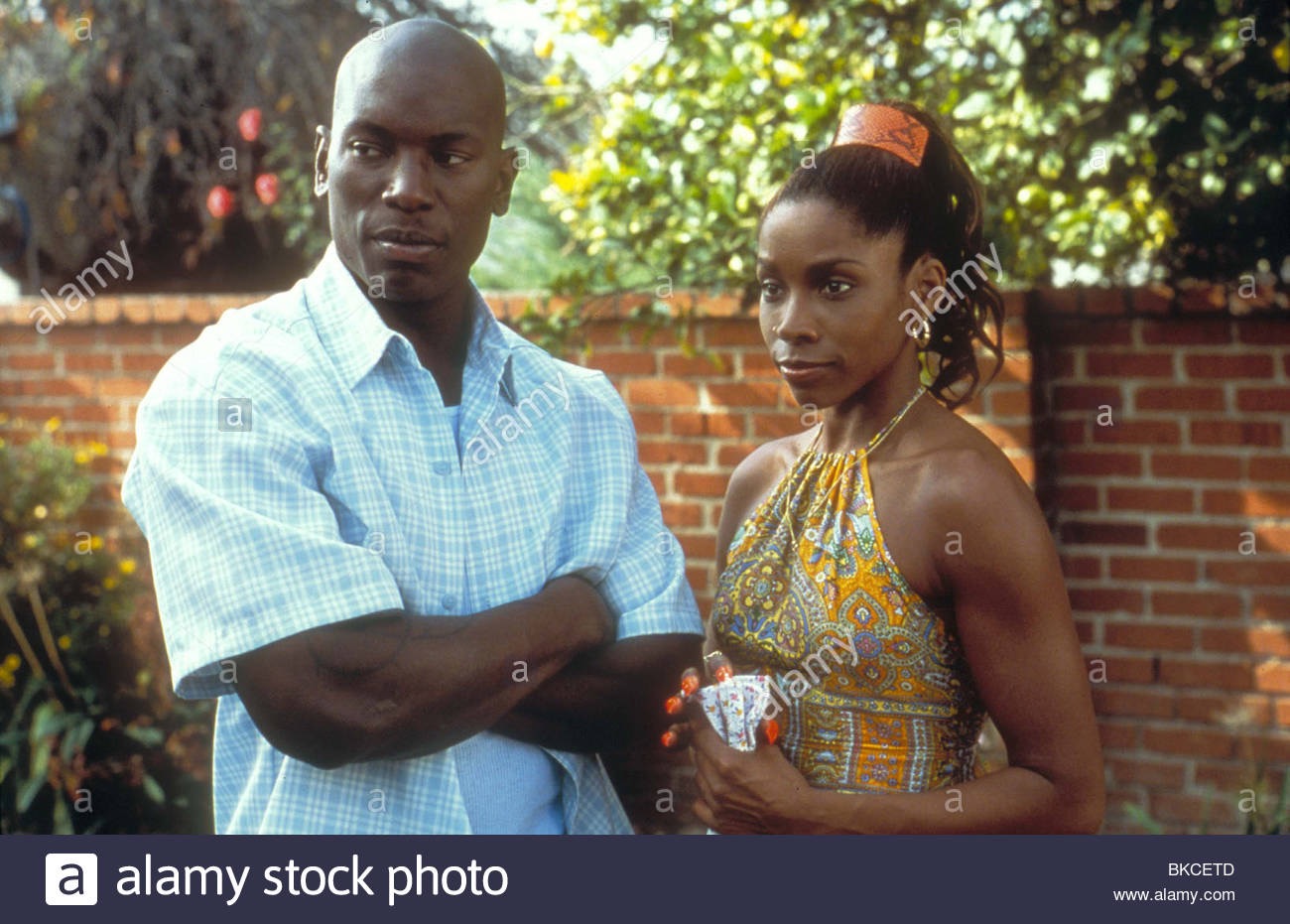 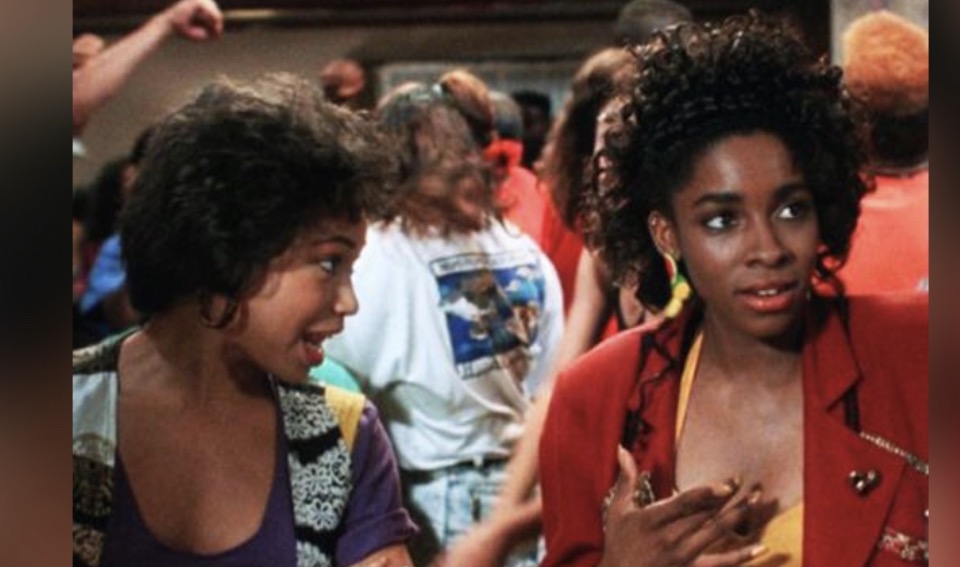 “One thing that I had been praying for since Baby Boy is that John Singleton, rest his sweet soul, spoiled me with his level of direction and attention, and amazing cast, amazing writing that surrounded me when I was in Baby Boy; but also his friendship. John had a very collaborative nature with how he worked. That’s very hard to come by in Hollywood. Of course, with this project, Jamal had the same kind of energy. Jamal told me the day we met in Japan that he had been praying to work with me, and he was excited to create with me, so I feel that God picked this for me and I just didn’t say no, and the rest just kinda happened as a result of our collaborative effort.”

AJ enjoyed working with everyone on the project including cast mates. They made her feel comfortable, just as she mentioned previously in a roundabout way. God could not have selected a better production team and group of actors, to help rouse Detective Phylicia Richardson to life.

Her favorite points that viewers should pay attention to is the beginning of the film and the ending. According to AJ, there was an impromptu change to the script where AJ cracks the case, but it’s not what she expected, which viewers will see for themselves.

AJ is gearing up for a slew of projects including a pilot called, Stuck With You, created by Patricia Cuffie Jones. She’s doing fitness demonstrations for Essence Festival this weekend. AJ is also a keynote speaker in Ghana, Africa for their festival, which is considered, “The Year of the Return.”

Inspired by TV One's true crime programming, SINS OF THE FATHER follows Detectives Phylicia Richardson (Johnson) and Perez (Pardo) as they investigate the vicious murder of first lady Karen Burnett (Davis), the beloved wife of Pastor Clarence Burnett (Haddon). The crime sends shock waves through the couple's close-knit Atlanta community and the police are forced to take a deeper look into the Burnett's inner circle, including Pastor Burnett's son Robert Banks (Hill). As the interrogation unfolds, family secrets of abuse, infidelity, lust and cruelty are revealed within the Burnett household. The detectives soon discover that the ungodly actions of one person can have a deadly impact on many.”