Kia Jeffries has always been a standout vocalist who’s unafraid to make melodious noise. In fact, many might remember her as the buoyant voice behind Akinyele’s smash hit, “

Put it Your Mouth.”

The provocative number spiked at #18 on the Top R&B/Hip-Hop Albums, #5 on the Top Heatseekers, and #127 on the Billboard 200. Jeffries actually owns 5% credits on Jeremih’s song, “Planes,” where J Cole is using Jeffries verse from the same single. Dopeness, right?

“Me and Akinyele are from Left Frank, Queens. He’s like a brother to me. He called me and told me he had an idea for this record. So, he came to my house with the hook. I was shocked but sang it. He did his verse, and the record became a success.” The lyrics to “Put It In Your Mouth” is a roguish contribution to the Hip Hop culture. The single hit in a way that it broadened perspectives about sensuality, which lead to more stimulating conversation behind closed doors between people that related to the cut.

According to other news sources, Jeffries spent a month in Yokohama, Japan with a Harlem based band.

Technically, she got her first deal on Epic Records with a 4 girl group named Oscar in the early 90's. The bombshell co-wrote three songs on the album release called Spotlight, including a single with recording artist Carl Thomas.

Jeffries was also part of the R&B Group called 4Kast. The quartet graced us with the contemplative single, “I Tried.” Presently, the vocalist is host to her own show called “It’s Bigger Than Hip Hop.” “We do this in Atlanta every Friday. We interview major people like David Banner, Dr. Lynn Richardson and many others.” She is also co-host alongside Jeff Hodges, for an interactive program called “The Day Party,” which is recorded at Live Hip Hop Daily TV Studios Atlanta, Georgia 30313. “The event is every first Saturday of the month. It will be on iHeartradio.com, Hip Hop Daily, and Beasley Media Group. We are filming live. This is live audiences, real reactions and live performances. We are going to talk about everything sexy, and cool. We are talking about finances and addressing credit and financial security.” 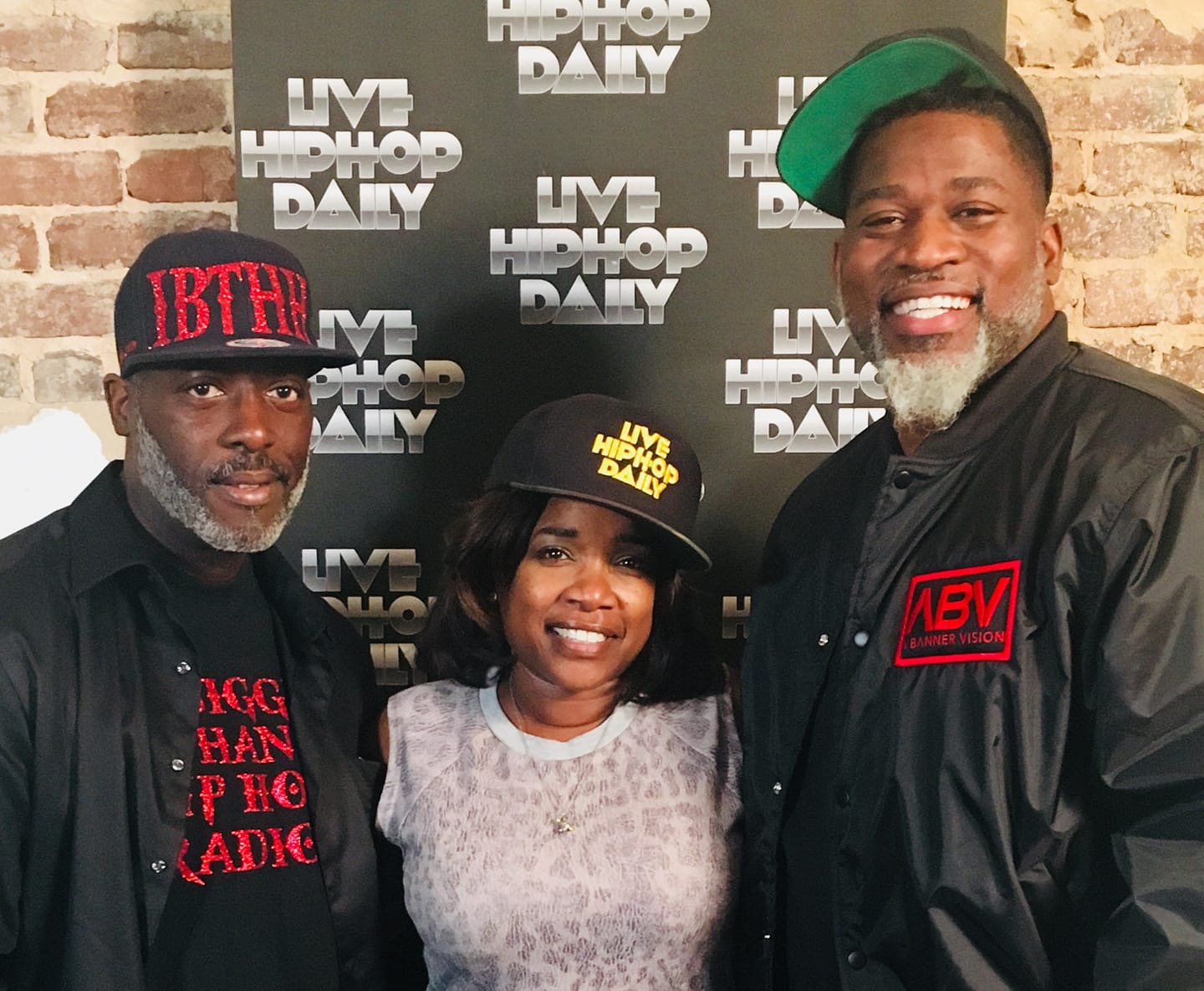 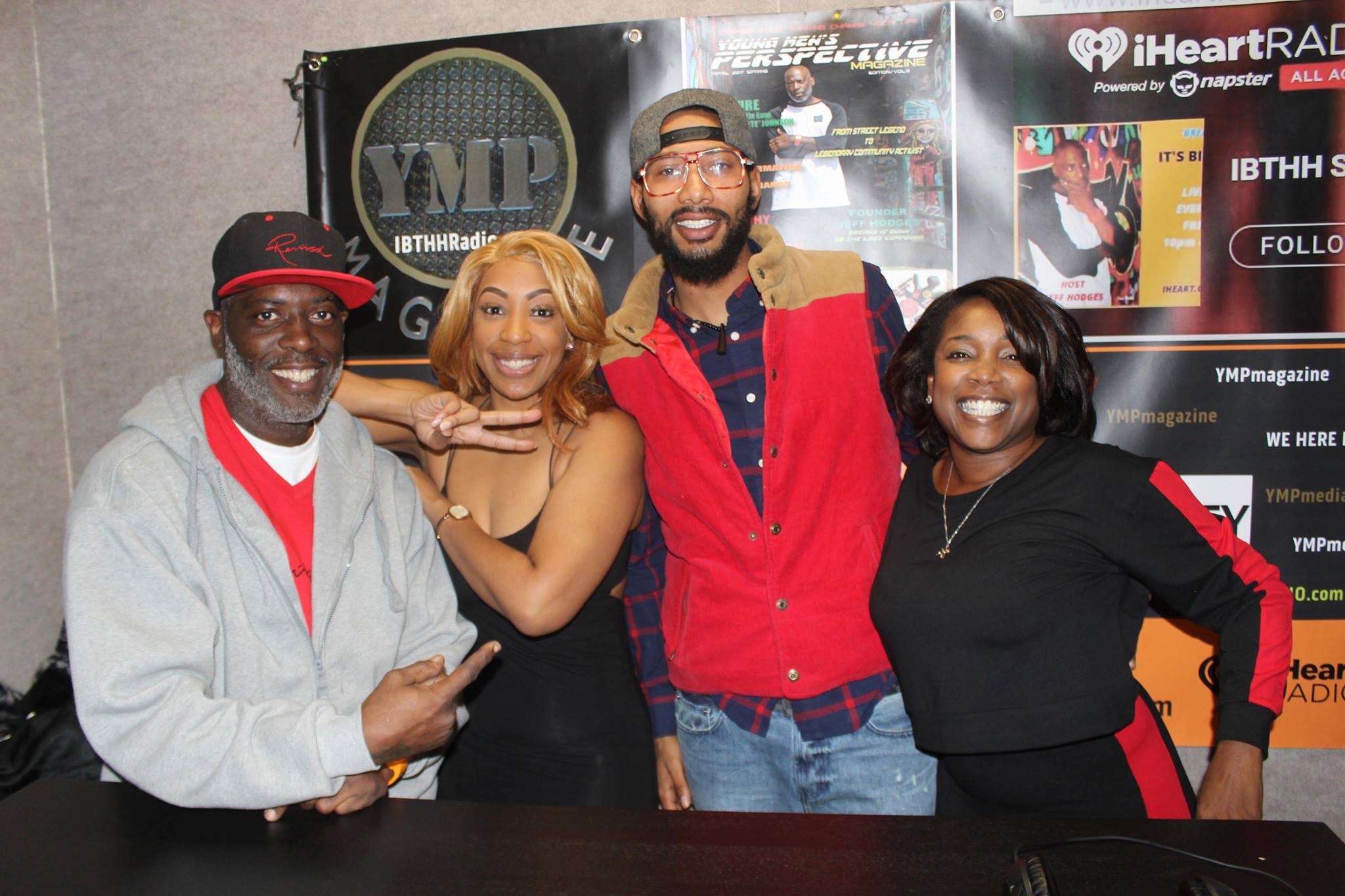 Jeffries paid her dues to the music industry, but she still manages to help others get their foot through that same revolving door. “I’m not going to lie,” she confessed. “I’m a creative person, but I’m not going to play these industry games that they want you to play. A lot of times, I must wait my turn, so I can do something that’s real— I’m cool with that. I love singing. I love entertaining and I love writing songs. I love music, I love hearing other people’s music. I love hearing her sing, him sing, and I love hearing her rap, as well as him rapping. I enjoy helping other artist get their stuff together, too. I will always do this. I can’t do anything else.” The songstress found her own way into music after receiving a light nudge. "I always wrote lyrics in my notebooks. I filled those notebooks with lyrics, of songs I loved that played on the radio. I learned those songs word-for-word, and I would sing them. I took piano lessons when I was about 8 or 9 years old. The instructor told me one day, “You aren’t playing the piano, you’re going to sing. She asked me if I was okay with that. I said, ‘Yes.’ She started vocal-training me. I liked it [singing] more than the piano. I stuck with that. I still play the piano, but I loved singing. She is the one that taught me everything. I did a classical debut at a church when I was 14, and by the age of 15, was doing Showtime at the Apollo. I won a few times, too.”

Trying to get a record deal in the early 90’s seemed next to impossible unless you really had the chops to sing. There wasn't a such thing as SoundCloud or YouTube... Eeh, "You," what? Artist swam with the sharks, just to get noticed. Jeffries remembers vividly, the way it was back then when she first came out. “I think artist today, they are missing out. I met great people and I was able to sharpen my skills. I went to the open mics, and it was different back then. We didn’t pay for performances. If you showed up, you blessed the mic and you blessed the stage with your performance. People are missing out on auditioning and singing back-up. I used to do these gigs, and I’d sing at a wedding or Bar Mitzva and they had agencies where they set the band up. That’s how I paid my bills. I auditioned and sang backup for Lisa Lisa and Cult Jam, as well as Chaka Khan. I went overseas with Chaka Khan. I auditioned for Daryl Hall, who was with Hall and Oates. However, my most memorable performance was with Akinyele. When I sang backup for Chaka Khan, it was during the summer. We toured all over Europe and Germany. We opened for Prince. She also opened for George Benson, at the time. There was 70,000 people outdoors just waiting to meet Prince. It was amazing,” says Jeffries excitedly.

The most fluid and humble memory of them all is when Jeffries met Notorious Big. Jefferies admits that she had a serous groupie-moment, and who could blame her? Notorious Big was a metaphoric genius, hands down.

“I also met Stevie Wonder when I was touring with Chaka Khan. That was amazing. He shook my hand and hugged me. He said a joke—I was talking to someone and he said, “Let me see.” Eventually, Chaka Khan and Jefferies parted ways… “I was feeling myself to much, but it’s all good. That was probably the catalyst for me and my solo career,” reveals Jeffries about the ending of one season and the beginning of another. “From the 90’s until now, it seems like a bunch of guys, they will choose one female to champion. They’ll push the one chick [to stardom]. It was never like a female movement [where women pushed each other],” Jefferies talked about the divide, while marching into the industry as a female singer. “They [Lil' Kim with other female rappers, Da Brat, Missy "Misdeameanor" Elliott, Angie Martinez, and Lisa "Left Eye" Lopes] finally came with “Not Tonight [Ladies Night],” and that was cool; but, that was it. Then, in the 80’s, it was so male dominated-- It was interesting to find your footing as a woman and not play yourself. A lot of women were out here, laying down with men and opening their legs. I wasn’t one of those girls. I had to maneuver. I was a lady. My mom was a bougie, old-school chick, because that’s who she is. I had fun, but I didn’t get caught up in the drugs, or sex and all that stuff. I didn’t hang at peoples houses. I was familiar with the negative things that came with that. The record label would call us at two in the morning to come into the studio. They didn’t want us to go to a club… they called at that time because they were looking for something else. Nah, I’m good. Just because it’s a label, it doesn’t mean I need to go do that. That’s my lesson. Be true to yourself and rock out, and don’t feel like that you need to put yourself in a box. When I did the “Put it In Your Mouth," people would always single me out as that girl. I would correct them and say, No, I am Kia Jeffries. I love God and He loves me. I love to share His word through song. I love working with kids as well.” The loves telling her story to the young girls. Aside from that good-will, Jeffries is busy making music. “I have a single called The Stalker that I’m promoting right now, and I’m finishing up my album called Insomnia. The album is really about my life and things I’ve been through to the point I can’t sleep. I’ve had insomnia most of life. The singer and song writer is balancing her life to the best of her ability, which is divided into several adoring areas of family, music and dating. “My son turned 21, so I flew out to celebrate with him. My son is on a full scholarship at the University of Illinois. He is a sophomore in college. He’s doing his thing. I miss him so much because he’s so far. It’s tough. Balancing, period… I’m an only child. My mom, she isn’t married. I’m kind of like her. When I’m gone, she misses me. I must tell her that technically, I live in Miami. I moved to Miami two years ago. But, I’m in Georgia more than I’m there. We have a family business that we run out of a Atlanta. We have a call-center, where we answer telephones for businesses. We opened the branch in Georgia. Our aunts owned it for 30-years. I’m helping with that. I’m just busy. I recently just started dating someone. I’ve been single for years, and I just started dating someone a few months ago. That’s been a very big challenge. I like him but, I was single for a reason, so I could focus on my career. I’m kind of getting my life back."

Jeffries concludes that even though she wasn’t really looking for a beau, she was open to the idea. The rest fell tidily into place. The singer expressed that when you are in business for yourself, may it be music or otherwise, people looking to date, shouldn’t miss out on the opportunity of getting to know other people. “We got to find our own happy and then find a mate and partner. Love someone where they are and rock out with them,” she says. As an artist, visionary, creator and motivator, Jeffries wants to be known as someone who’s not afraid to walk boldly in her truth. She had her  fair of troubles as a result of domestic violence. That part of her life is over although it will never be forgotten; moreover, Jeffries wants to use her past as a platform, to help inform other women. “I dealt with domestic violence and mental health issues. I want to talk about that. I want to speak with many women and speak about how we should find our own happiness Then, find a mate and a partner. You cannot expect for your mate or your kid to make you happy. If you’re doing that, you’re going to be chasing nothing. People gotta live their lives. You can’t force them to do whatever. You gotta find that happiness, which is you. You can’t force someone to be with you and you can’t force someone to be what you want them to be. Love some where they are and rock out with them. If they are not compatible—People want to get with someone that looks good to them, but they are not necessarily for you. Jeffries is all about creating good vibrations and being someone of standards.