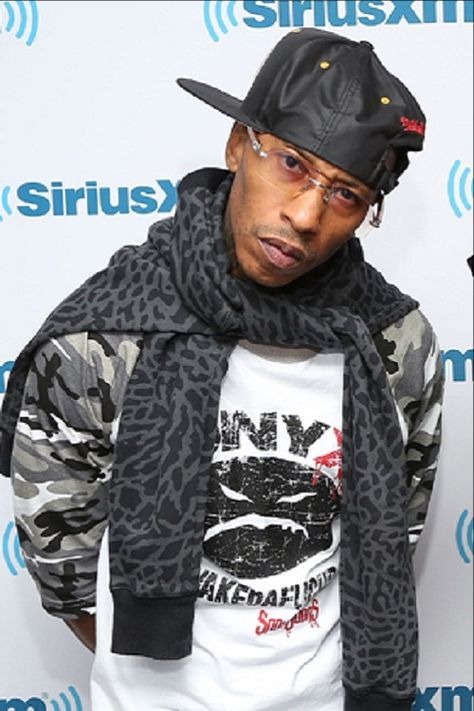 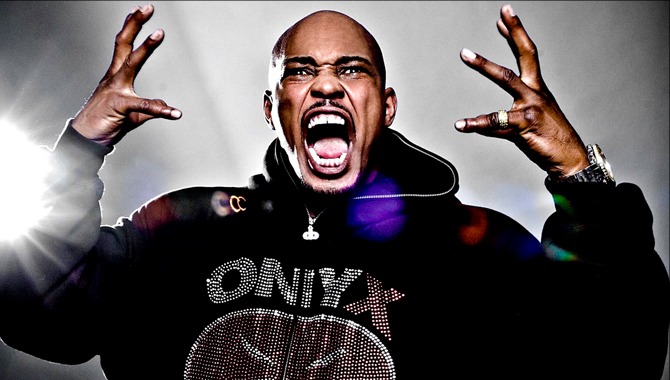 Fredro Starr and Sticky Fingaz were an entire mood, reminiscent back in the day where SLAM, brought everyone to their feet, bouncing uncontrollably to the stanzas of the club anthem.

“We have the all-star games, a couple concerts and walk-throughs, and pop-up shops going on out there,” said Sticky Fingaz.

“We chillen, we chillen! What’s good with ya’ll?” asked Fredro Starr, who was excited just because. “Charlotte [NC] is nice. We like it out here. It’s poppin,” he exclaimed.

“We’re performing SLAM. We’ve always been connected with the NBA. Shout out to my boys Chris Webber, Steve Wallace, and my man Shaquille O’Neal. I seen everybody out here. I seen all my old friends.”

“You know how ONYX do, we bring the energy to hip-hop,” says Starr. “We gonna rock out. We’re bringing the 90’s to Charlotte, NC.”

The rappers are largely known for their deafening verses of hardcore epics. Although the group commenced in 1988, they didn’t release Bacdafucup, their first album, until 1993. Their breakout single from the album, SLAM, snatched the #4 spot on the Billboard Hot 100. It went certified Platinum by the RIAA on August 10, 1993. Bacdafucup was certified Platinum by the RIAA October 25, 1993, and in 1998, 5 years later, Bacdafucup was selected as  The Source's 100 Best Albums.

Fredro Starr, still burgeoning the excitement, stayed in the spotlight from day one. He was  Bamboo in Forest Whitaker's critically acclaimed HBO film Strapped. The film earned him a CableACE Award nomination for "Best Supporting Actor".  He starred in the critically acclaimed drama .Clockers. he landed his first leading role as Shorty in Sunset Park. He was standout in films like Ride, Light It Up and Save the Last Dance.

Starr became a regular on Moesha, as her misunderstood boyfriend. He appeared in three episodes of HBO's The Wire. He also made guest appearances on NYPD Blue, Law & Order, Promised Land, CSI: Miami, and New York Undercover in the episode entitled "Student Affairs."

Starr produced a documentary about his mentor called Two Turntables and a Microphone: The Life and Death of Jam Master Jay. He served as Executive Consultant on the Sticky Fingaz-directed Lionsgate hip-hop musical feature film, A Day In The Life, which he also stars in.

The rapper is not one to sugarcoat anything, he wasn’t keen on being compared to Tekashi 69 when talking bout similarities… “I really don’t think so. Onyx is revolutionary. Onyx is black boots and [Nike] Airforce 1’s. I really don’t see a comparison, personally—And, ONYX ain’t jailbird’s,” he boomed.

Sticky Fingaz and Fredro Starr confirm that they have new material set for release this month.

“We’re working on this new Onyx album, and my new solo album comes out this week. It’s called, “It’s about time: The Illest Man Ever,” it’s a digital album and movie,” confirmed Sticky Fingaz. “It’s a story of my life from inception until I signed with Onyx. There are little kids playing me, from ages 3 , 5, 12, and 16 [ just to give an example].”

Sticky Fingaz disclosed that it’s not a biopic, but a full length album with substance. “It’s hard to explain. It’s new and it’s never been done before. It’s cutting edge and groundbreaking.”

“My little brother, Bamboo Starr, just dropped his little joint [album today]," says Fredro Starr, in correspondence to conversation-worthy projects. “It’s called F Gucci.” I really don’t like how GUCCI is representing our culture. Everybody can check that out. It’s out right now. He’s stating some real deep stuff.”  While the lyricist don’t participate in political agendas. They still spread their messaging in their music.

In concurrence with the entertainment industry, Sticky Fingaz list of IMDb credits include UPN Series called Platinum, Over There (FX), Next Friday,  The Shield (FX), and House of the Dead (Sci Fi). He confirms that he’s appeared in over 84 movies. He’s appearing in two feature films this year.

Sticky Fingaz considers himself neither a rapper or hip-hop artist, but rather an inventor as well as an originator who’s breaking barriers as an entertainer.

“I would want to perform with someone that I haven’t bodied,” says Sticky Fingaz when asked who he’d like to share the stage with. “I body everybody that I perform with. Nobody’s exempt… Facts”

As for philanthropies, the creator has a charity called H.E.L.P, with the profound acronym for Healing Every Living Person. He released bullet proof hoodies,  “I’m trying to make the hood safer,” he said.

If there were ever a legacy to be unveiled when highlighting hip-hop from each year and era, ONYX would certainly mark their territory. “We just want to bring real hip-hop,” Starr replied. “We want to be known as the guys who came in with Jam Master J. We came from that core. We carried on the tradition, and we keep real hip-hop and the culture [alive]. We do the movies also. Hip-hop and movies. That’s what we do. We just want to entertain everybody and give you something to have a good time to, or however you’re feeling to what we’re giving.”

Catch the rappers touring in Germany, Switzerland, and Russia, or just visit their websites and download their music on www.ONYXHQ.com.