Cat X [Ernest Charles]was born in New York, but raised in the Bronx, which is where he would spend most of his summers as a youth. “When I was in school, instead of playing with the other kids, I’d go to the library and listen to records on my lunch breaks. The librarian told me that I could checkout the records and take them downstairs and play them. One day, I checked out two records, and I played one of the records continuously. At that time, kids were coming out for their lunch breaks. They started dancing. The principal told me that I was good at it even though I didn’t know what I was doing. I listened to music just to have something to do. He told me that they had a job for being a DJ—The principal hired me for my first gig at the school, and I’ve been DJing ever since.” Cat X enjoyed the popularity and excitement— it was all about the girls. His mom drew up contracts, to legalize his business affiliations, especially around the neighborhood. He became the local DJ for community house parties. He learned about turntables and 8 track players from one of his uncles, who appointed Cat X, the Disk jockey for family events. “I would have to pick the songs that were hits off those albums. Each time I played the song, and it wasn’t a hit, my uncle would smack me on the back of the head.” Geesh! His instruction was tougher than kids getting paddled by their teachers. “After a while, you get keen because you don’t want to get slapped in the back of the head,” he joked. “I was DJing in a club, and a guy named Lionel House introduced himself to me. He worked for Capital Records—that was my first taste of the industry, and that was my first time dealing with the music industry.” Cat X toured with Uncle Luke, capturing all those high adrenaline moments on tape and not to mention, he functioned as his principal DJ, whom at the time was like the Obie Wan Kenobi of Miami rappers. “I was with Luke for several years. I expletives some beyond, crazy moments with him. During that time frame, we experienced a lot of stuff that was nuts. I don’t want to even share some of the things that happened. It was Freaknik everywhere we went, including Freaknik,” he laughed. “I did learn a lot through the eccentric times.” The famous deejay worked for many other record labels. For instance, he trekked in promotions for Tommy Boy Records, Relativity, Capital Records, Universal, Loud, Interscope, Def Jam, and No Limit Records. He’s toured with other O. G’s such as Snoop Dogg and Master P. He’s also member and founder of Wu Worldwide DJ Coalition, a dais originally formed for members of WuTang Clan. “The Wu Worldwide DJ Coalition is an ensemble of DJ’s globally, catered to promote WuTang. When WuTang got started, I was with them. They got their own label called Razor Sharp Records during the early 90’s. They hired me to do the Carolina Region. When the records came down the pipeline, my job was to make sure that everyone knew about WuTang, from the top end of North Carolina to the bottom boarder of Georgia. That went on for a while, but it kind of faded out. One of the other guys suggested that we do the Coalition thing for DJ’s, and see how that worked. We tried it with the internet and did a search, we got DJ’s from Japan, Tokyo, Hong Kong and Canada, to go on this thing.” There were quite a few failed attempts to get Wu Worldwide DJ Coalition expanded; however, once the men added the marketing strategies, they were able to consolidate the proponent with internet and web based radios, by using Tune-In. They generated about 6 million listeners following the following month. Cat X was also part of Charlotte based institute, With These Handz DJ Academy. “We came up with a two-week program for the kids. We used about 5 or 6 Park and Recreations at the time. I had to train each student instructors to teach at the recreational centers. At the end of summer, all the instructors took their best students and they competed against each other in a final competition.” According to Cat X, DJ’s that graduated from the institute have become successful. He also shared that, he’s in the process of establishing a DJ academy in Atlanta once they comb through the legalities. The academy would teach kids all of the essentials. Plausibly, considered a local legend, Cat X is humbled to know that people think so highly of him, but for the others, the minutiae...

“With the new artist coming up, they don’t know [about my endowments]... I made it possible for guys to rap, here, in Charlotte (NC). There weren’t any places that they could go. For guys that wanted to show their talents as a rapper, that’s where Party Zone came into play. I was a DJ there. Party Zone was a culturally diverse night club. I opened the club for all the major players in the industry. I did Luke’s whole label, Michel’le , and even MC Hammer . There is not a major artist, that was hot at that time, who did not come to that club.”

He’s absolutely correct— there weren’t many places that you could go in Charlotte, where his name wasn’t mentioned. If we had to place a tag on eminent DJ’s and promoters still in the realm of  entertainment, we’d have to say DJ Cat X, and Tom Tom Productions.

Cat X said that he was always ahead of the game, because of his ties to New York—It’s no secret that they were more advanced when it came to the cultural and musical lag of North Carolina.

“I used to go back to New York every summer to sample there music. My cousin would feed me all their music. Back in the day, there was a place on 3rd Avenue and the Bronx— Any song that was out, I would go get the records elicited before the music hit airwaves. I would bring the music back to the Carolinas. That was before Jeff House came. Once he came, I didn’t need to pay for music anymore because he put me on to the record pools. All the companies would send globs of records to the club. I’d have to pick records up three times a week and decide which songs I wanted to break in.”

Times have changed since then, but Cat X is still positioned solidly in his field. He said he's able to cheat time by doing something different.

“I teach the students radio. Radio is my biggest conquer. Radio doesn’t have a time limit on it like everything else. Once you put a face with a person, and you weren’t already popular, you would ruin your career. You have to maintain the look and elasticity. Everything is about perception. A Person would respect an elder DJ because of his contributions to hip hop, but the younger generation wouldn’t respect him in a DJ aspect because he doesn’t look the part.”

Cat X commenced Mixx Mafia Radio about 5 or 6 years ago with the support of  programmers from the Music Research Lab [based in Atlanta, Georgia]. It’s an internet based station that accommodates legends and indie artist, looking to unleash their music into the market by participating in an interactive listening session. Their songs are played on radio with national circulation, and the best part about it is that Cat X is completely clandestine.

“I have many commemorative inscriptions. I got most of my plaques from working with Master P.  I’m telling all the artist that I’m dealing with now, ‘I’m overdue for a plaque. I want the next big artist, that I can do the ground work on.’ If I could get a plaque from the independent level, that would be a major accomplishment. 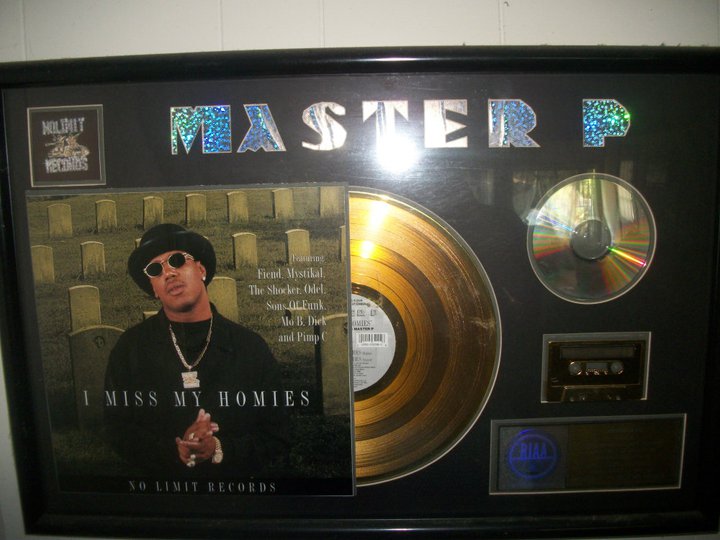 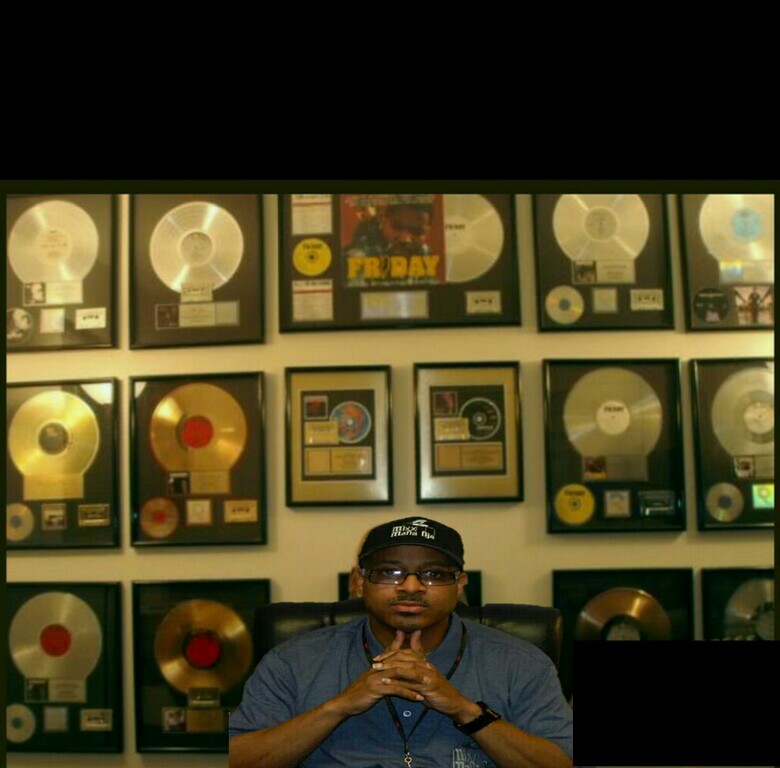 In order to accomplish anything, you have to keep God first. None of this came easy. There were definitely dry spells. There were times where people fell off and had to go back to work at McDonald's. There was a downside. Everything wasn’t gravy. It’s always a struggle point. It’s always an up and down point. It’s never steady going up. Even, when you get up there, you can’t stay number one forever. It’s a battle to get back to where you were. Once you get to be on top, you can’t stay there.

During one of my struggles, I fell off, and everybody that I rolled with, left. I was living like Nino Brown during the Master P days. When everything was good with the team, it was good, but when everything was bad, it was bad. I didn’t have all that. I didn’t have anywhere to stay. I had to go back to the bottom, and I actually ended up staying at one of my partners club. I lived in a club for 8 months. I lost everything. I ended up staying in a hotel. I had to start completely over—but, I take the good with the bad. That [situation] let me know where I stood with the people in my life. I hung around about 25 people, but only 5 stayed when trouble hit after the fact.

When I rebuilt things again, those 5 people became the core of my business. I won’t lie, I was really on a high horse. I had No Limit [Master P] everything, getting checks left and right. I didn’t think about the future. Everyone left when I hit rock bottom. I learned that nobody had my back, and it was a cold world out there. The lesson taken away from that experience… I learned not to get haughty again.

“This industry is money driven— I would tell any artist out there to learn the business. Don’t take anything. Don’t take the first thing being thrown at you. If you don’t know the business, get someone in your corner that knows the business. This is a trillion dollar business that thrives on your ignorance. You need to be more than an artist, you need to understand the paperwork and know the business. Stop looking at the check amount and read your contracts."