Jason Jet: A millennial that's priming other artist in the area for stardom...

Addendum: Check out Jason Jet as he leads other fine vocalist to the path of stardom by clicking link here.

I glanced around the illuminated studio… Jason Jet was leaning over and rummaging through a black duffle bag. He was setting up a work-table containing a keyboard and laptop… I took another glimpse around the area, just to check out the energy in the room, and noticed that there were two pleasant looking fellows sitting on a sofa at the entrance. I spoke to them and then sat in one of the variegated chairs closest to the door—Jason looked up with a glint of eagerness and asked the other guys, “Are you ready to get started?”

Jet was definitely preparing for a collaborative evening fused with rousing song, enactments, fun, laughter, and most importantly, instruction on how to command a stage like an avant garde performer.

Addendum: Check out Jason Jet as he leads other fine vocalist to the path of stardom by clicking link here.

Jet released an independent album entitled “Love Boulevard” in 2009 and continues to liberate his followers with sentimental singles from his past and present collections.

The innovative artist is currently hosting “Vocal Power” a harmonic workshop for talented singers in the Charlotte area that don’t mind a little polishing every now and then.

Although a highly influential person, Jason Jet is just too humble to admit it…. If there’s a fashion show in the capacity, he’ll probably be there as a performer… If there’s a concert somewhere in the city, he’s on the list as an opening act… Jet is such an enigma—for someone that owns creativity to the bone, you just wouldn’t know it because he’s lucidly unpretentious.

How long have you been singing? Have you had training? I’ve been singing more seriously since high school—since I was 14 years old. My chorus teacher molded me a lot back then. I use a lot of the techniques that he’s taught me. I worked with Jan Smith. She trains Usher and many others. I worked with Craig Derry. He sang backup with Stevie Wonder and Michael Jackson.

Are you working on new material? I have a lot of new music. This summer, we’ll be releasing a few new records. I also have a couple music videos that’ll be coming out. I just shot one last week. It’s a 2 part video with 2 new songs. One is called “Selfish,” and the other is called, “Over.” Those will be released this summer, and the video for the Skate concert is being released as well. It’s called “Up All Night.” I have a lot going on. I want to make sure people can eat off the music. I can drop a whole record right now, but it’s just too much for people to process at one time. My music is electro-soul. It’s too 80’s to be considered neo-soul. I like the electronic sound and funk. I grew up listening to Sting and Stevie Wonder—all those elements mixed with some classic neo-soul. I really grew up on Musiq Soul Child too. They all just have that classical vibe… I like to pair that music with different types of sounds. I even have reggae too.

Clearly, you have a lot of music. However, why does it take so long to release an LP? That’s a great question… Um, everything is strategic. I feel that in my journey, and in this point, I understand the music game way more than I did 5 years ago when I first started out. I’ve been signed to a record label before. I was signed to Interscope—I’ve taken major offers from Atlantic and Warner Brothers as well, and one thing that I’ve found in those types of situations is that they have a timeline when to release music, which is great. They do things according to the way that things need to be done; and they have the resources to be able to release an artist’s music and get it serviced all over the world, radio, and different platforms. As an independent artist, we have to be careful in how we release our music.

Just because we can place it on iTunes, or Google Play, but you got to understand that you don’t want to lose the value of what you are doing. I produce all my music, for the most part, 90 percent of it… I want my records to have the best chance, to be heard by people, and I want people to want my music. That’s what we’ve been doing.. We've been building a fan base and we’ve done a lot of shows—just trying to get the brand out there. We feed people 1 or 2 songs at a time just to let them know that this is what we do.

We see that you spend a lot of time helping people… Charlotte is not the same formula as New York or Atlanta. It’s a family oriented community. People don’t come to Charlotte to get record deals. They come to Charlotte, to live, thrive and be with their families. So, the focus can’t be on entertainment. All these artist are shooting for entertainment. I’m not shooting for that. I’m shooting for the community, family and the schools—the youth. I’m involved with West Meck, Whitewater Middle, and Northwest School of the Arts. I’m making all these relationships and performing at these schools. These youths are going to go back home and tell their parents about it. Their parents are going to tell their friends about it, and it’s going to create a microcosm of fans or whatever. So, that’s the formula for this area and its working.

A lot of these young kids have never been exposed to live music unless it’s at church. So, to be able to introduce them to live music, fog, and all of these things—it makes them excited.

How did you get involved with the schools? I manifested that years ago. I took a break 2 years ago. It wasn’t intentional, but life had me at a weird spot, and I couldn’t focus the way I needed to. I did have an epiphany that all the artist were trying to do little things—I decided that it was more than that. It was about the youth and the schools, and I post a video of me remaking a sample of Charlene by Anthony Hamilton. Whitewater Middle School contacted me, and they said they loved my video and they wanted me to perform for the kids. We did some facetime leading up to it—it was dope. That’s really the first time that we started. Ever since then, when we do shows, there’s always someone from the school system that’s there.

Do you have any input on how your videos are made? It depends on the idea. With stuff like that, I have to collaborate with visionaries. We collectively come up with ideas- or me and my girlfriend will ponder on different scenarios and ideas of how things can be. Really, I have complete control. I don’t have a manager.

What made you decide that you didn’t want to be under a label? It’s not that I don’t want to be under a label. I think that situation wasn’t the best fit for me. It wasn’t about the label—it was more about the team. I don’t think I’m a control freak. I just need to know what’s going on, especially when it’s dealing with my career. I’ve heard hundreds of stories where independent artist or even known artist are getting screwed over by the industry. I don’t want to go through that. I’m good. I’ll just take a different path and be an advocate for other artist. I’ve been making beats since I was 10. I just have to be patient and balanced.

How difficult is it to manage everything on your own as an independent artist? It’s difficult, but I don’t do everything on my own. I envision everything on my own and that’s the difference. My advice to a lot of artist is to envision what you want and really put that out in the atmosphere because that will allow everything that you imagine to come forth. For example, we hosted this open mic event, up town, on Saturday. 2 months ago, I had the idea that we were going to do the open mic on Trade or Tryon. I said that this was going to be the event that we do every week so I can train the sound engineer, because we are not doing anymore concerts without a sound engineer. We are going to have a sound guy every week… My drummer offered to run sound for me. I just met him a half hour before we were supposed to be out there. He literally ran the sound and he wants to do it for every concert we have.

How important is it to use good character? Oh, it’s very necessary cause you have to. You have to find balance in your life and you have to really fight for that no matter what. When you go through levels, you have to peruse balance.

What made you decide to do this class? I got inspired when I was living in New York. I used to go to this vocal boot camp, situation up there with Craig Derry. He works with Anthony Hamilton and a whole bunch of protege artist. He does it every night of the week. I figured if I could do it one night per week, it would be good.

They are so talented. When we went to his class the last time, it was the first time that I had ever gotten frustrated in a long time. That’s how good the caliber in New York is, and on an independent level, it’s unbelievable. From the performances to the vocals. There are artist here, that are that talented, but they don’t know they are that talented. That’s why I wanted to bring it to Charlotte, because if I can inspire this, I’m going to really dig deeper and go harder—to really go and dig in because the artist in those other markets are winning. The artist here, are too afraid... They are too afraid to stand out and sing.

What other projects are you working on? Last year, I worked on 12 projects for an indie artist. I produce music and I teach and perform. I think I have 5 or 69 projects right now. I’ve been doing private lessons for about a year and a half. I have 3 kids and they are amazing. I feel like Barry Gordy. They are going to make it. The kids and parents are dope.

How do you feel that parents entrust you to teach their kids? I never even thought about it. That’s dope...

Jason Jet is gearing up for his latest video: https://www.indiegogo.com/projects/jet-s-skate-video-shoot#/ 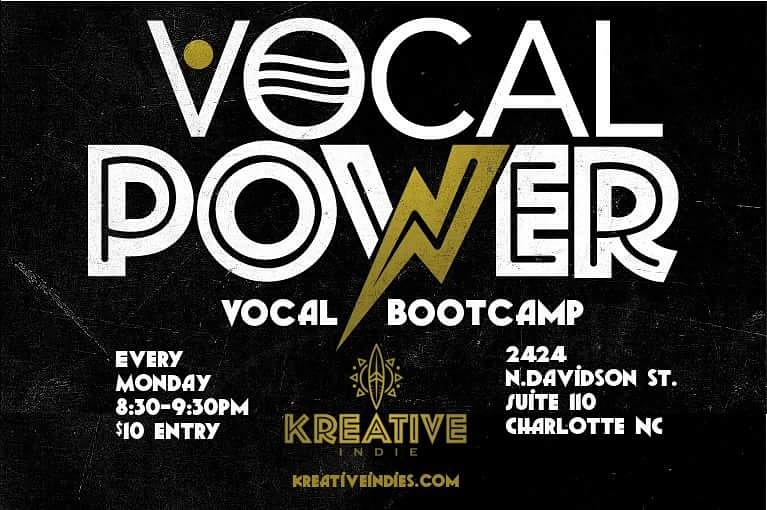 Even through the test of time, his focus remained on music...